The Washington Court of Appeals recently held that the obligation to act in “good faith” applies to the adjuster working for an insurer, not just the insurer that employed the adjuster. This rule not only permits insureds to go directly after the person at the insurance company responsible for denying a claim in bad faith, but it may also allow insureds to keep state-law claims filed in state court right where they were filed.

In Keodalah v. Allstate Ins. Co., Division 1 of the Washington Court of Appeals accepted the insured’s request for interlocutory review of a trial judge’s decision that shielded an adjuster making bad-faith decisions from personal liability (this procedure allows review of trial-court decisions before the case goes all the way to trial). The trial judge had ruled that bad-faith claims and claims under Washington’s Consumer Protection Act (CPA) could be brought only against the insurance company, Allstate, but not Allstate’s employee, Tracey Smith, who made the decisions about what Allstate would pay. 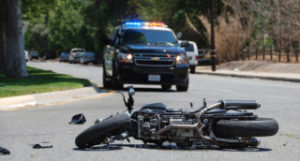 Despite all of this evidence pointing to the motorcyclist’s fault, Allstate responded to Keodalah’s claim under his underinsured-motorist coverage with its determination that Keodalah was somehow 70% at fault, offering only $1,600 to settle the claim (the jury in this first lawsuit later found nearly $109,000 in damages). Disregarding the police report and the conclusions of Allstate’s own investigators, Smith claimed that Keodalah had run the stop sign and been talking on his cell phone (the latter conclusion was contradicted by Keodalah’s phone records). Keodalah won his coverage lawsuit, including a jury determination that the motorcyclist was 100% at fault, and then filed a second lawsuit asserting bad-faith and CPA claims against both Allstate and Smith.

In this second lawsuit, the trial judge gave a quick victory to Smith in dismissing the bad-faith and CPA claims against her, but this was not to last. The Keodalah court held that Washington’s statute requiring “good faith” in the business of insurance applies to insurers and those acting on behalf of insurers: “Smith was engaged in the business of insurance and was acting as an Allstate representative. Thus, under the plain language of the statute, she had the duty to act in good faith. And she can be sued for breaching this duty.”

Similarly, the court followed a recent decision by the Washington Supreme Court to reverse an older case that had required a contractual relationship between the defendant and a plaintiff asserting claims under the CPA. Without this element, the Keodalah court held that CPA claims can be asserted against adjusters like Smith even though, of course, an insured and an adjuster do not have any contact with each other.

While this result will gratify insureds who often feel personally aggrieved by an adjuster’s bad faith and relish the thought of holding an adjuster personally responsible, Keodalah will doubtlessly play an important role in the familiar battleground between insurers and insureds about which court will hear a case.

Insurers often prefer federal court and remove coverage cases filed in state court to federal court based on what is known as “diversity jurisdiction,” which applies when the plaintiffs and defendants are all citizens of different states. Under Keodalah, insureds can sue individual adjusters, which may defeat diversity jurisdiction (if the insured and adjuster are citizens of the same state) or defeat removal (if the adjuster is a defendant of the state where the suit is brought).

Both because of the availability of bad-faith and CPA claims against another defendant, and because of the procedural advantages in suing an adjuster, Keodalah offers several tools for lawyers on the policyholders’ side of the bar.