A recent decision from the U.S. District Court for the Western District of Washington again demonstrates the decidedly pro-policyholder nature of insurance-coverage law in the state of Washington. Like so many coverage cases, 2FL Enterprises, LLC v. Houston Specialty Insurance Co., arose from underlying construction-defect litigation. 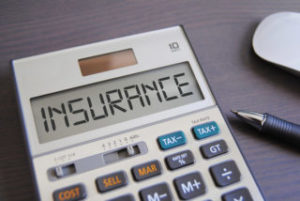 In the ensuing coverage litigation, the court initially set out the broad nature of the duty to defend under Washington law, finding that “all that is required to trigger the duty to defend is the ‘potential’ for liability,” asking “whether allegations in the complaint could conceivably impose liability on the insured,” and concluding that “if there is any reasonable interpretation of the law that could result in coverage, the insurer must defend.” Applying these standards, the court found that Houston Specialty had breached its duty to defend and acted in bad faith. The court was particularly bothered by the Houston Specialty’s attempt to rely on extrinsic evidence to support its denial. Under Washington law, extrinsic evidence may be used in support of coverage, but an insurer can never rely on documents beyond the complaint and the policy in denying coverage.

Finally, the Court found that Houston Specialty had acted in bad faith, and its later offer to defend did not change the court’s position:

The fact that both the delay and the denial were unfounded and unreasonable dictate a finding of bad faith which is unmitigated by the insurer’s later change of heart.

For insurers, this decision reinforces the general state of Washington law: deny the insured a defense at your own peril. The decision also adds a new wrinkle: an insurer that denies a defense cannot simply change its mind and still expect to control the defense of the insured in order to guard against bad-faith exposure. For policyholders, that same wrinkle presents a potential opportunity. Once an insurer has denied coverage, the policyholder should be free to retain counsel of its choosing and to control the defense going forward, even if the insurer later agrees to defend. At a minimum, the decision gives the policyholder a good argument that the insurer should agree to fund the defense through the insured’s choice of counsel, rather than insisting on the insurer’s own panel counsel.

The opinion linked to this article was reprinted from WestlawNext with permission of Thomson Reuters. If you wish to check the currency of this case by using KeyCite on WestlawNext, please visit www.next.westlaw.com.