The Washington Court of Appeals recently issued an unpublished opinion that should serve as a warning to policyholders pursuing coverage in Washington. On its surface, The Port of Longview v. Arrowood Indemnity Co. (Aug. 2, 2016) was a significant win for the insured. The appellate court upheld the trial court’s ruling that the insured’s primary insurers had a duty to defend and indemnify, and its excess carriers had a duty to indemnify, the Port against all claims arising from two contaminated sites. In affirming the trial court’s declaratory judgment rulings, the Court of Appeals rejected the insurers’ arguments that they had been prejudiced by the insured’s late notice, that the contamination at issue was “expected or intended” by the insured, and that the policies’ “qualified pollution exclusions” precluded coverage. 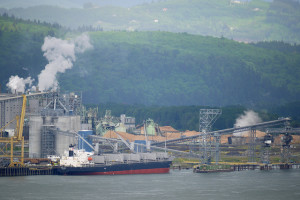 Lurking beneath all of that good news, however, was a ruling that all Washington policyholders should take very seriously. After judgment was entered, the trial court awarded the Port more than $2.5 million in Olympic Steamship attorney fees and litigation expenses. The Court of Appeals reversed that award, concluding that the insured’s violation of the primary policies’ notice provisions precluded an award of attorney fees. In vacating the fee award, the Court felt constrained by the Washington Supreme Court’s opinion in Klickitat County v. International Insurance Co., 124 Wn.2d 789. There, Washington’s high court concluded that it could not “authorize the imposition of attorney fees … when an insured has undisputedly failed to comply with express coverage terms,” even if the insurer was not prejudiced by the insured’s failure to comply. Until the Port of Longview, no court had extended that bar to an award of fees to a policyholder’s failure to provide timely notice.

There was, at least, a silver lining for the Port: because there had been no finding of late notice with regard to the Port’s excess policies, the Court ruled that fees were recoverable under those policies and remanded to the trial court to determine the appropriate amount of fees. Most policyholders, however, would likely be without that second bite at the apple. More than ever, policyholders in Washington need to carefully read their insurance policies, and especially those policies’ notice provisions.

Increasingly, insurers are using non-standard policy language, and notice provisions can vary widely. Policyholders should not assume that they understand notice requirements based on prior experience. When in doubt, provide all potentially responsible insurers with appropriate notice of claims or incidents that could later lead to claims. The right to attorneys’ fees is a valuable tool for the policyholder faced with coverage litigation; do not lose that tool by failing to understand and comply with notice requirements.