A recent opinion by the Washington Supreme Court serves as an important reminder to insureds that changes during a policy’s coverage ought to be carefully minded to avoid gaps in insurance coverage. As I’ve written about before here, one of these changes that insureds often miss is when an insured building becomes vacant — even for a short while. 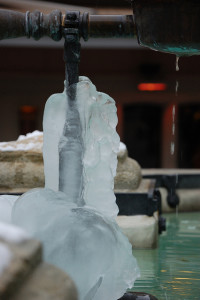 In Lui v. Essex Insurance Co., the insureds owned a commercial building from which they evicted a deadbeat tenant in the first week of December 2010. Before a replacement tenant had moved into the building, a water pipe froze and burst on January 1, 2011, causing hundreds of thousands of dollars in damage.

But the eviction of the tenant, already bad financial news for the owners, made a bad situation much worse. When the tenant still occupied the building, this loss would have been covered up to policy limits. The policy in this case, however, included a separate endorsement that restricted coverage for the first 60 days after an insured building becomes vacant, and then “suspended” all coverage after that initial period. The enumerated few covered causes of loss for the 60-day period did not include “water damage” from burst pipes or equipment failure. This allowed the insurer to deny any liability at all.

The hard lesson here may not be apparent to most insureds. After all, this devastating change in coverage was in an endorsement attached to the policy. And as any insured businessperson knows, even relatively simple businessowners’ policies can run over 200 pages, including dozens of endorsements that sometimes amend, sometimes replace, and sometimes supplement coverage. And all of this, of course, is written in the dense, byzantine, and verbose code of insurance underwriters.

Despite this complexity, there is no substitute for dutifully minding your insurance program throughout the year to avoid the Luis’ unenviable position of paying premiums, after the 60-day period the building went vacant, for no coverage at all on a building that they thought they had dutifully bought insurance for. Similar problems, for example, could arise under the co-insurance provision of a policy for property that increases in value during a policy period. Or for the coverage under a loss-payee clause for a lender that buys the insured’s loan during the policy period. In each of these situations, insurers may be quite willing to amend the policy, perhaps for additional premium (but not always) — but this cooperative spirit is sure to end the moment a risk becomes an actual loss.