Rather than litigating the amount of coverage, an insured may — and often does — settle the claim. The insured may do this for a variety of reasons, including wanting to avoid the time and expense of protracted litigation, avoiding the burden and disruption of discovery during that litigation, or the real and unfortunate need to have cash in his or her pocket to make needed repairs. But as a recent case from U.S. District Court for the District of New Jersey illustrates, an insured should carefully review the insurer’s proposed settlement agreement to ensure that he or she is releasing the insurer only from liability for the claim submitted. 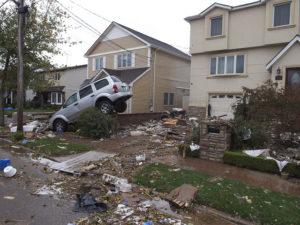 The insurers also argued that they were not aware that they were waiving any rights beyond those related to the Hurricane Sandy claim, and that the release was ineffective as to the January 16, 2014 claim. The insureds pointed to the facts that their public adjuster, as well as the insurer’s claims’ administrator, communicated that the settlement agreement related only to the Hurricane Sandy claim. The court, however, disregarded these facts, faulted the insureds for failing to read the agreement carefully, and refused to rescind any portion of the settlement agreement.

The lessons here are clear. It is common sense for an insured to assume that in settling a claim with his or her insured, the settlement agreement would call for a resolution of that claim only. As Giaccone painfully illustrates, however, an insurer will often attempt to reach beyond that and absolve itself of any further liability under the policy at issue — asking for what is commonly known as a “policy release” that applies to destroy any coverage under the policy, no matter what may be left in limits or other coverages.

Where a settlement agreement is offered by the insurer, the insured must carefully review the agreement to ensure that it is releasing only its submitted claim. An experienced coverage attorney can assist and explain the extent of any release contained in the proposed agreement. Otherwise, absent evidence of a fraud or misrepresentation by the insurer to induce the insured to sign, a court will likely hold the insured to the agreement, regardless of whether the insured understood its full implications.