Insurers control the defense of claims against their insureds, but this control comes with the risk that failing to settle a case could result in a verdict much greater than the available limits under the policy. And if it was reasonable and possible to settle before this calamitous end, the insurer could be on the hook for the entire judgment, which is just what happened to an auto insurer in a recent case.

In Hinson v. Titan Ins. Co. (11 Cir. Aug. 8, 2016), the insured was at fault in an auto accident that severely injured a motorcyclist. The insurer’s adjuster believed that the insured’s potential liability was likely well above the paltry $10,000 limit for the policy and, accordingly, offered this full amount (several times, in fact) to try to settle the case. The claimant, whose medical bills were much higher than this offer, eventually agreed to accept this amount, but required a few extras, including paying for the motorcycle and an affidavit from the insured promising that there was no other insurance money available. This should have been, and was, an easy “yes” from the insurer. 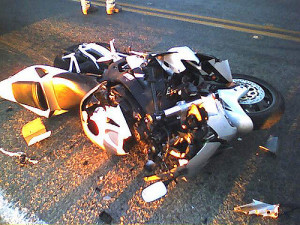 The insurer convinced the trial judge that it had tried hard enough to settle the case, leaving the insured on the hook for the judgment minus the $10,000 from the insurer. The Eleventh Circuit, however, was not so forgiving. The lack of effort in trying to get the affidavit, including the insurer’s failure to ask the motorcyclist’s lawyer for an extension of the time to get the affidavit, led the court to conclude that the “evidence suggests that Titan [the insurer] did not handle [the insured’s] case with the same degree of care and diligence Titan would have used to handle its own affairs.” Under this precedent, an insured does not need to show that the insurer acted with some evil intent; the insurer’s negligence can be enough to show “bad faith” that saddles an insurer selling a policy with $10,000 in limits for a $2 million judgment.

The jury on remand will decide this one, but it is a very good case for insureds facing ruinous liability because the insurer controlled the defense in a negligent manner.