Insureds who have suffered a loss face the certain consequences of physical and financial healing, but they may also have to contend with a little salt poured into the wound by their own insurer. A frequent source of irritation for insureds can be zealous adjusters asking for information that seems irrelevant and needlessly burdensome. Some of these requests are necessary to ensure that the insurer is paying only for what it promised. But some seem designed to kill an insured’s claim by a thousand cuts. Kachan v. Country Preferred Ins. Co. (July 7, 2016) looks very much like the latter.

But the insurer’s request for the EUO included demands for documents that seem calculated to whittle down the insured’s resolve rather than seek information genuinely relevant to which medical professional had it right about the scope of treatment:

The insured’s attorney responded by producing some of these documents and then got into a two-month running battle of letters with the insurer’s attorney (more about that below) about the propriety of the EUO and some of the document requests. Unable to cajole the insured into the EUO, the insurer denied the claim based on the insured’s failure to cooperate.

The insured sued, and the insurer prevailed at the trial court, but the Kachan court reversed. The Court of Appeals observed that the policy required the insured to “submit to examinations under oath and subscribe the same when and as often as we may reasonably require.” The insured’s success on appeal turned on whether the insurer had “reasonably” sought the EUO under the circumstances:

It is not plausible to think that either party intended for defendant [the insurer] to be able to require an EUO for unreasonable reasons — say, for the purpose of harassing or oppressing plaintiff — so long as defendant scheduled the EUO for a reasonable time, and had not required too many EUOs previously. Rather, we think the provision means what it states on its face: that defendant may require a plaintiff to submit to an EUO when it is reasonable for defendant to do so in connection with a claim.

Because there were factual disputes about the reasonableness of requiring the EUO (and, presumably, the disputed document requests), the Kachan court refused to affirm the insurer’s denial of the claim altogether. 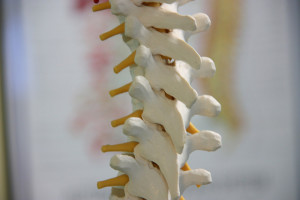 This opinion should hearten insureds facing sharp elbows during the adjustment of claims for medical expenses, but the lesson of Kachan applies to liability claims too. Under Oregon law, insurers must decide whether to defend an insured being sued based on the “eight corners rule,” which looks to the contents of only the complaint against the insured and the insurance policy. Despite this limitation, insurers often seek information from insureds that reasonable minds may suspect is really nothing more than asking the insured for the rope to hang him with in denying the duty to defend. Saying no to the insurer, as Kachan itself shows, may imperil coverage, but experienced coverage counsel can help insureds know when to stand firm.

Finally, the Kachan opinion also includes an unusual and pointed rebuke concerning the content of the letters by the insured’s attorney to the insurer’s attorney during the squabble leading to the denial of coverage:

The record reflects that this correspondence, particularly the letters from plaintiff’s trial attorney (who is not the attorney who appeared before us in this appeal) does not model professional civil discourse. Our resolution of this appeal in plaintiff’s favor should not be understood to suggest otherwise; indeed, it’s hard not to wonder whether the adoption of a more measured tone could have led to a more expedient resolution of this dispute.

Civility, it seems, may have saved both parties a lot of time and treasure.