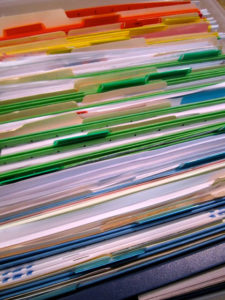 Both cases involved the application of the rule announced by the Washington Supreme Court in Cedell v. Farmers Ins. Co. of Wash.: where a policyholder alleges that an insurer acted in bad faith in the investigation and adjustment of a claim, the policyholder should have access to the insurer’s entire claim file. The insurer cannot hide behind the attorney-client privilege by hiring or employing lawyers to assist in the investigation and adjustment of the claim. In Meier, the insured sought to extend that rule beyond documents relating to the adjustment of her claim, to include “documents and communications related to the defense” of the ensuing coverage litigation. Because Travelers maintained a single file, including both the investigation of the claim and the defense of the resulting coverage litigation, the court agreed with the policyholder: “[f]ollowing counsel’s acknowledgment that Travelers kept a single, unified file regarding both the adjustment of plaintiff’s claim and its defense of this litigation, … Travelers cannot assert the attorney-client privilege in this case.”

Bagley similarly involved the scope of an insurer’s waiver of the attorney-client privilege, but with an emphasis on timing. Travelers argued, in essence, that it did not need to produce otherwise privileged documents or information generated after the time that the policyholder filed its coverage-related lawsuit. The court disagreed, ruling that documents and communications generated after litigation commenced was still discoverable as long as the documents or communications related to the handling or adjustment of the underlying claim. In so holding, the court allowed the policyholder to depose the insurer’s in-house and trial attorneys and required the insurer to produce its entire claims file, even if some of the documents were created after the coverage litigation commenced.

The lesson for policyholders: do not allow insurers to produce heavily redacted claims files based on vague assertions of the attorney-client privilege or the work product doctrine. If the documents in the claim file relate to the adjustment of the claim, they are discoverable in Washington, regardless of whether an attorney was involved and regardless of when the document was generated. Claims files can contain a wealth of information about an insurer’s investigation, or unreasonable lack of investigation, into the merits of an insured claim. Policyholders should not hesitate to use all of the tools available under Washington law to make sure that the entire claim file, as well as related documents such as training manuals, is produced by the insurer.

Opinions reprinted from WestlawNext with permission of Thomson Reuters. If you wish to check the currency of these cases by using KeyCite on WestlawNext, please visit www.next.westlaw.com.